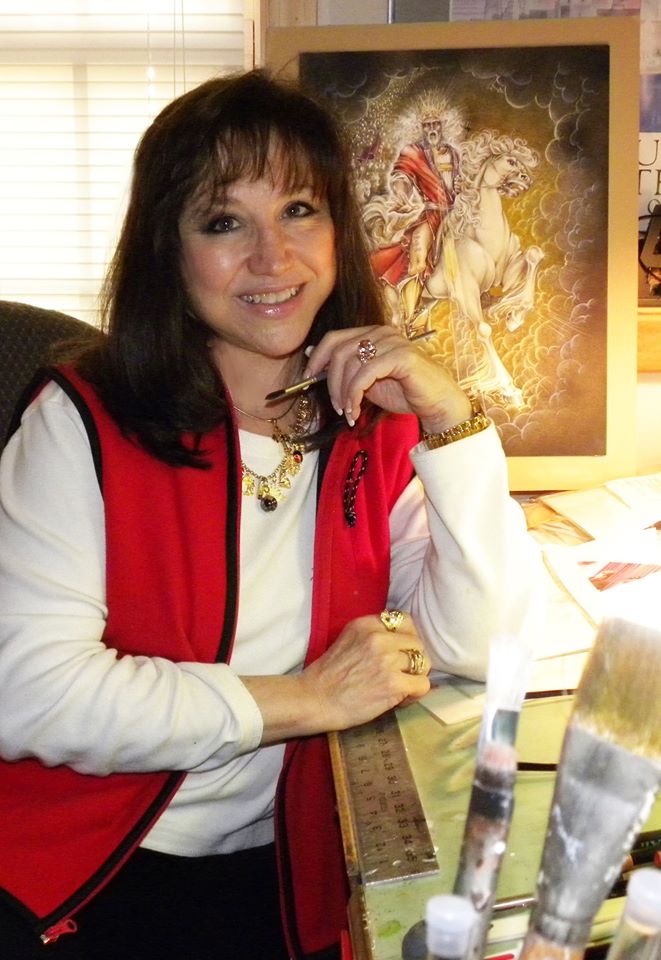 Pat Marvenko Smith is a free-lance commercial illustrator and designer. She has done artwork professionally all of her adult life. She has done various types of artwork for publishers, businesses, ad agencies and ministries in the United States and Canada.

After rededicating her life and talents to the Lord in 1980, Pat was led to and accepted a challenge that very few artists have accepted: She illustrated the Book of Revelation from beginning to end. This project was not commissioned by a publisher, but was done out of necessity and a desire to help a group of teenage Sunday school students better understand the message in Revelation by seeing the visions described there. In preparation for teaching the class, Pat searched bookstores and libraries in vain for visual materials to supplement her teaching. The Book of Revelation, the last book in the Bible, was given in the form of fantastic visual images. The artist felt that it needed to be taught in the same way in which the Lord gave it to the apostle John --- visually! She came to the realization that if she wanted visual teaching materials, she would have to illustrate the visions herself. She also realized that the only way she could do such a difficult task, was with God's guidance.

It took constant prayer, extensive research, and thousands of hours of hard work. There were many times when she felt as if the power of the Holy Spirit was flowing through her and out the tip of her brush! Her artistic portrayal, in watercolors, and airbrushed acrylics, captured every detail of the scriptures within 40 full color illustrations. Her students were truly blessed, but God had bigger plans for this work that He had inspired Pat to do.

After being asked to appear on an internationally broadcast Christian TV talk show with the original art in 1982, Pat received hundreds of letters and calls from people wanting prints of the art for their own teaching needs. Only then did Pat realize that her artwork on Revelation was needed by others as a teaching tool for this very important book of prophecy. In 1983 the artist, with the help of her husband Joel Smith, established a business called Revelation Productions that has since then produced and distributed, by mail order, the only complete visual teaching series available for the Book of Revelation. 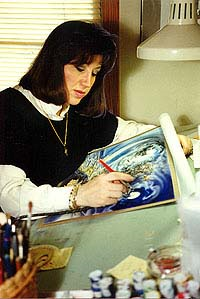 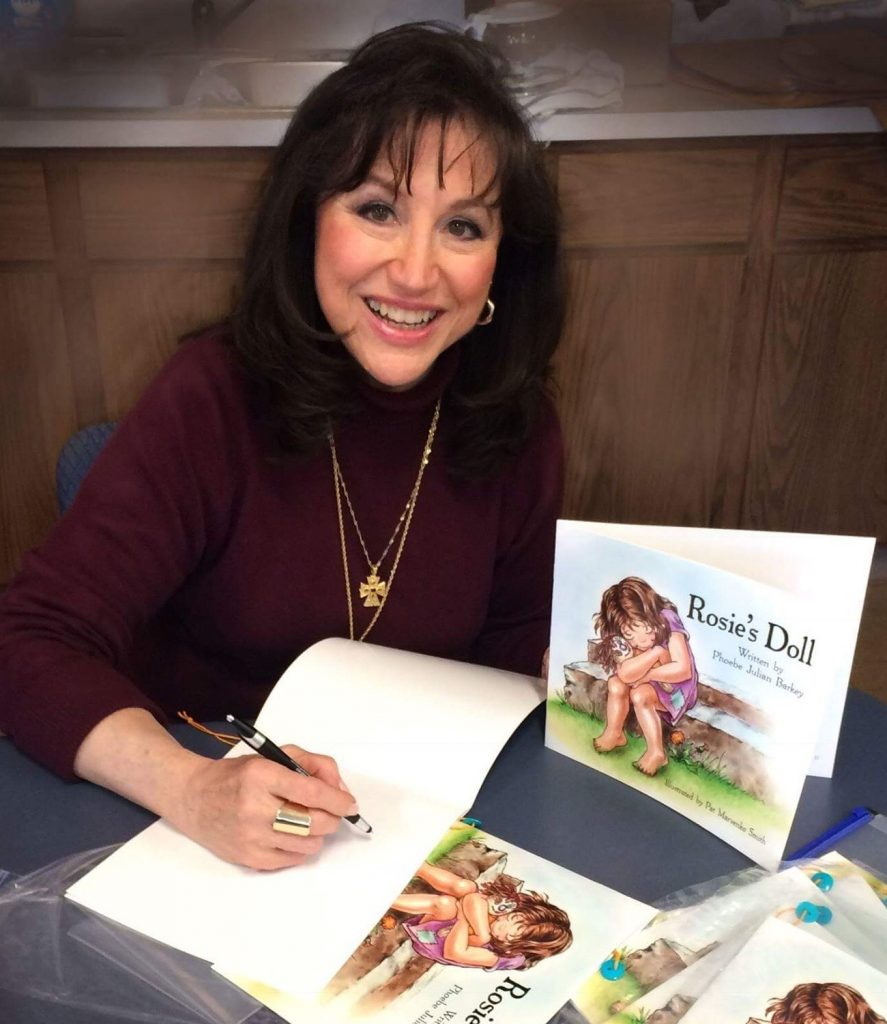 God's word in picture form is now being sent around the world helping people to visualize and better understand the mysteries of the Book of Revelation. People can now study the book in the way God revealed it -- visually. This series of artwork on Revelation has received many accolades for its Biblical accuracy and attention to every detail of the scripture.

Pat continues to get requests to create artwork for video covers, CD covers, art prints, t-shirts, book covers, websites and television, as well as illustrations for the children's books shown on this website.

Pat has shared her Revelation series and her testimony many times on Christian TV locally, nationally and internationally. To read a list of endorsements by many of these Bible prophecy teachers and experts who have used her work, click on this link "Endorsements".

Pat Marvenko Smith is a member of: CIVA, Christians In the Visual Arts.
She is listed in Who's Who In Bible Prophecy, Who's Who In the East, and Who's Who of Emerging Leaders.
Most importantly, Pat is a part of the kingdom of God, through Jesus Christ whom she is most honored to be able to serve with her artistic talents.

All material shipped within 24-48 hours after receiving order.

Pat Marvenko Smith is a free-lance commercial illustrator and designer. She has done artwork professionally all of her adult life. She has done various types of artwork for publishers, businesses, ad agencies and ministries in the United States and Canada.
MEET THE ARTIST

We accept many payment options.

Part of being a great company means we provide quick and helpful support to questions about products and ordering.
Email Us